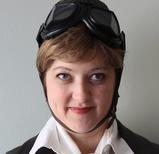 First Lady from 1963-1969, she was also a shrewd businesswoman and strong advocate for beautifying America

Former First Lady, mother and champion of the arts and historic preservation​. Set in 1964

The environmental writer, marine biologist and author of Silent Spring (1962)

Meet with the British monarch at Buckingham Palace in 1992

Saleswoman Brownie Wise made Tupperware a household name in the 1950s. Meet the woman who rose from a single mother to head of Tupperware Home Parties and transformed plasticware into a multi-million-dollar business.

Meet the legendary cookbook author, television star and champion of French cooking in this portrayal as she discusses everything from her relationship with her husband Paul Child to the mishaps of cooking on television. Bon Appetit!

In this historical portrayal, you'll learn about the real-life experiences of stewardesses for Pan Am in the 1960s. Learn about the strict height, weight and age requirements, about cooking gourmet meals, about the celebrity passengers --  and about enduring some wild rides.

The First Ladies Forum is a collaboration between four experienced historical interpreters who bring to life four different First Ladies: Dolley Madison, Louisa Catherine Adams, Mary Lincoln and Jacqueline Kennedy. You can book us for four separate virtual events, each with live Q and A.

How did Eleanor Roosevelt grow from a shy orphan into a confident, driven champion of human rights? Meet America's longest serving First Lady in this program, set in 1946, as she grapples with the question of what do with her life after the White House. 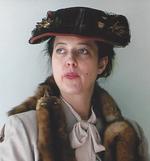 Requirements for any living-history portrayal program: